Hang on to your hats!

In Europe, carpet tiles have a conservative image and Atlanta’s InterfaceFLOR knows this all too well. So, the brand plays with its image. Like at the BAU 2011 where we got to break out with InterfaceFLOR and a carpet tile tornado.

A tornado is a natural phenomenon of rising hot air rotating faster and faster. It is a suction spout that rips up everything in its path. It is a breath-taking reminder of Mother Nature’s power, which doesn’t hold for long. Most tornadoes tire after 10 minutes. Carpet tiles have nothing in common with tornadoes. They are predictable, long-lasting and mostly look very ordinary. Sensible and dependable, the only damage they could feasibly cause is a mild case of carpet burn.

So, what better to do than bring the two worlds together. InterfaceFLOR advocates environmentally responsible and practical flooring solutions, which is pretty impressive. Just like a tornado at a trade fair, they are a force to be reckoned with. To realise our concept, we drew upon our considerable expertise of static construction. Every tile added drew even more amazed looks, until the carpet tornado stretched from floor to ceiling, a suction force in its trade show environment.

Mirrored furnishings dramatized the tornado effect and seemingly unsupported light-boxes leaned in towards it. Benches broke out of the perpendicular, drawn into the force. A force that lasted not just 10 minutes, like natures’ tornadoes, but a whole fair longer – followed by the impact of the aftermath.

Questions about the project? 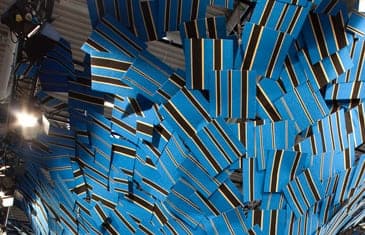 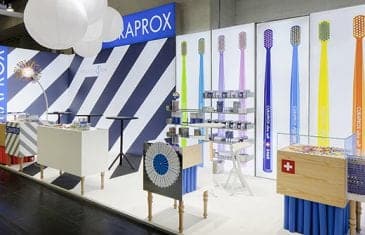 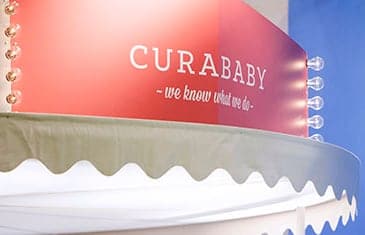