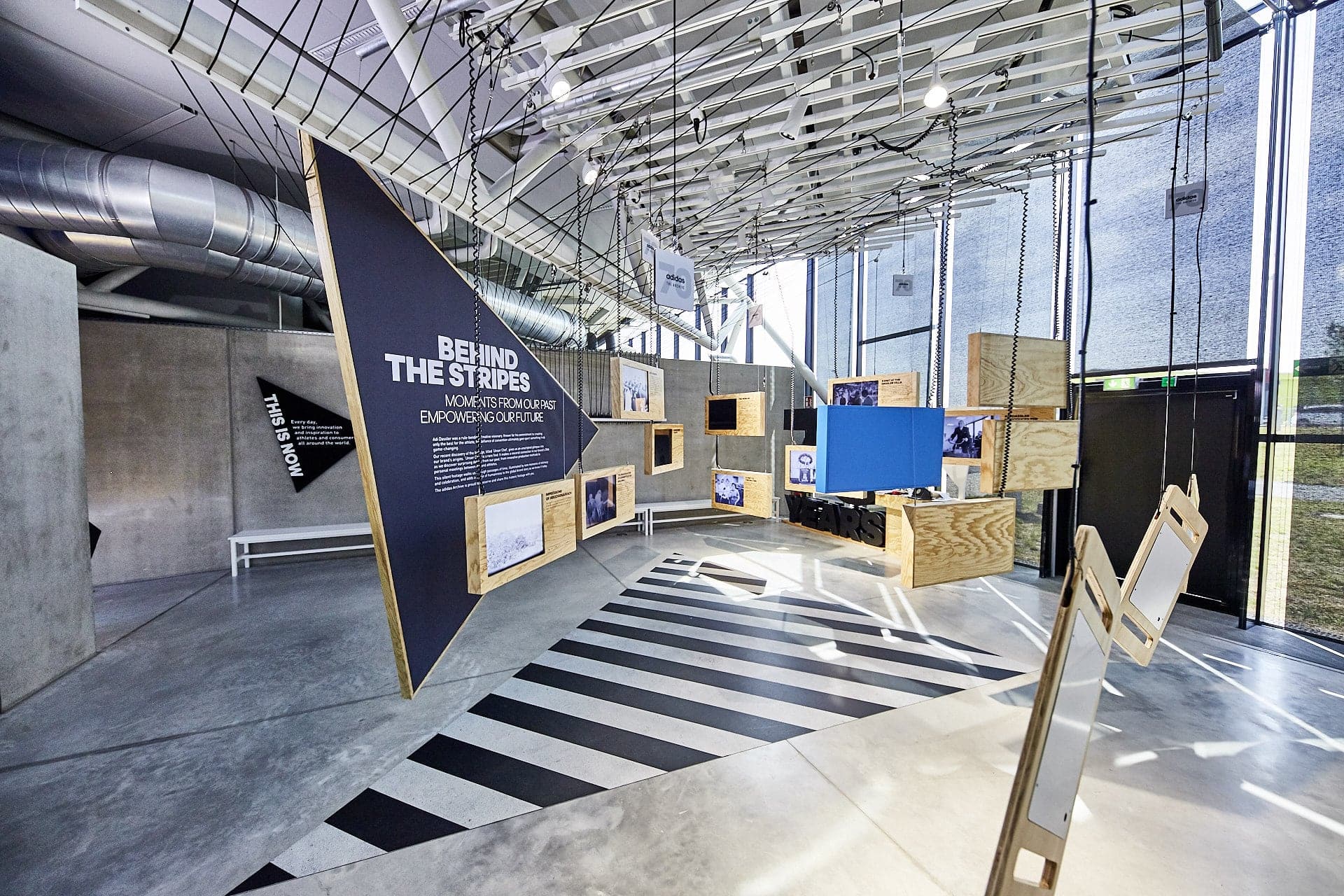 The adidas Archive made a great discovery just in time for its 70th birthday. We created an exhibition to present it. 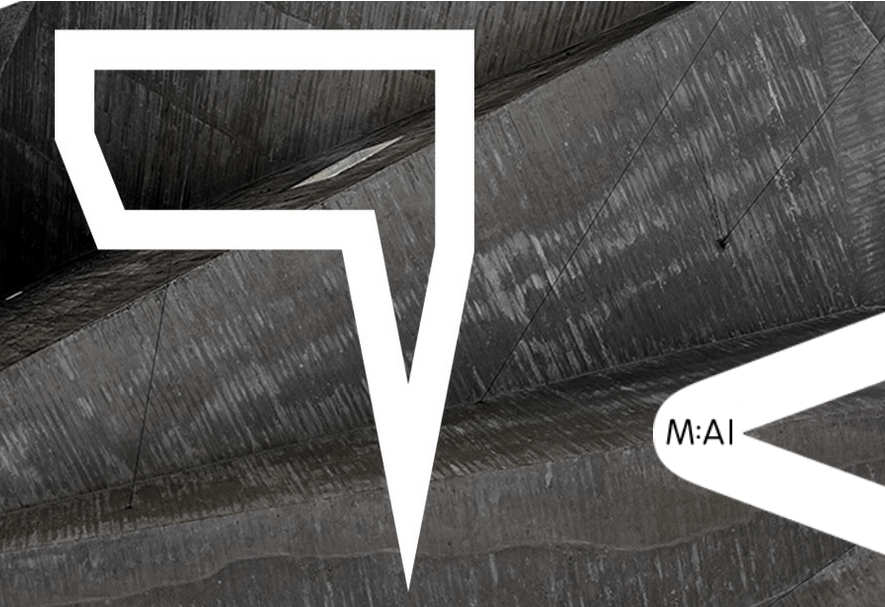 An exhibition of the M:AI about the churches of modernity in a church of modernity. simple makes Gottfried Böhm’s brutalistic building of the church St. Gertrud readable with light and digital projections.

Change your style – not the climate 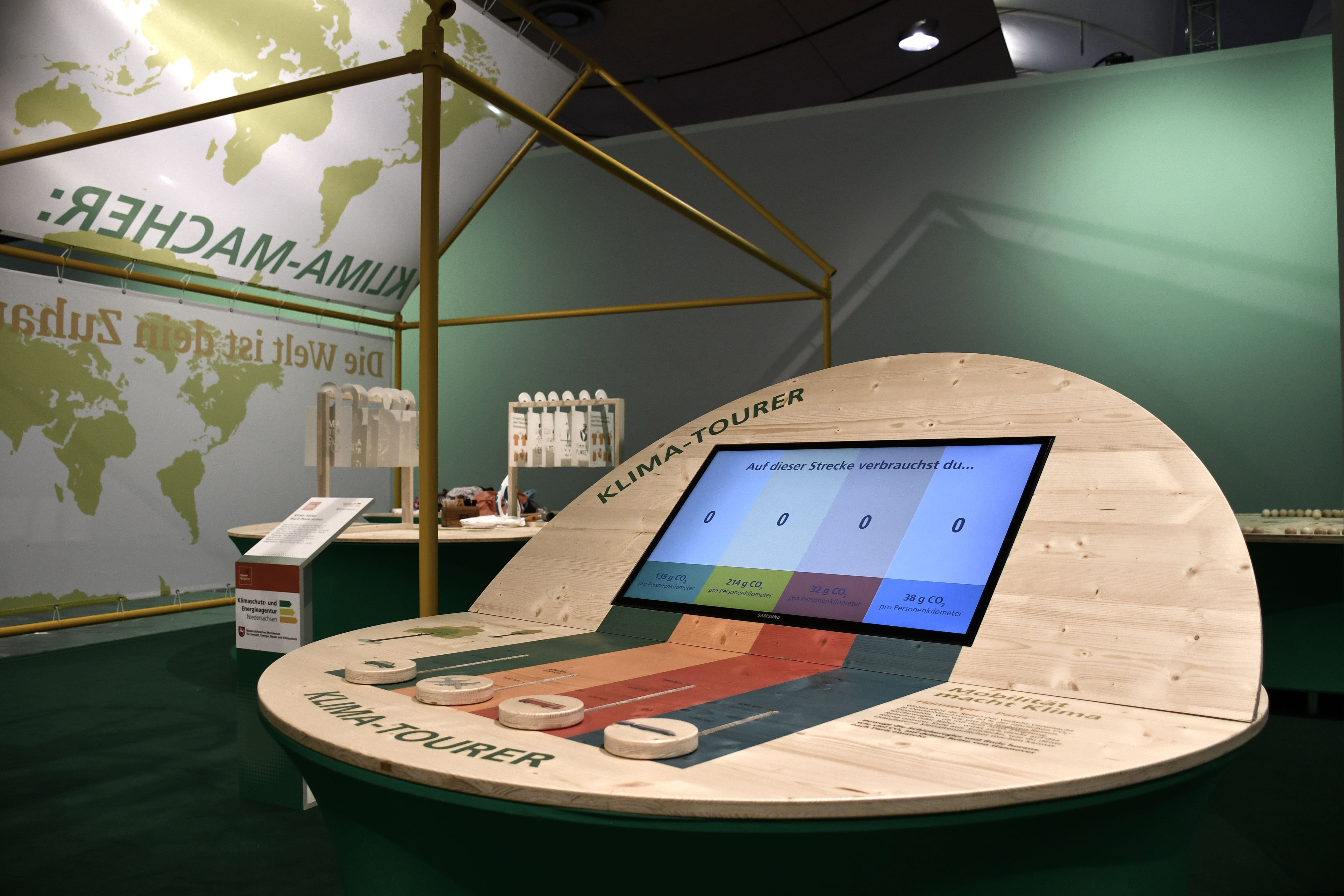 Experience how climate protection can be actively implemented at the Ideen Expo in Hanover. We interactively staged fashion, transportation and nutrition as target group-relevant topics.

Oops, we did it again! 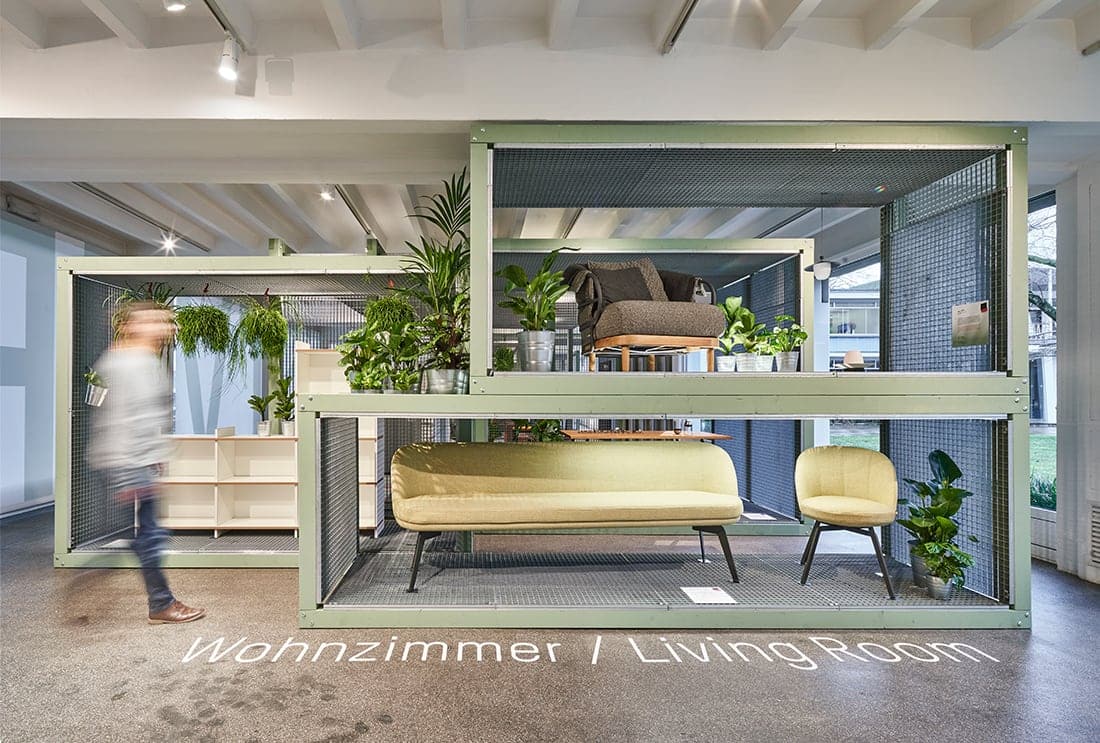 New colour, different experience: the exhibition of the winners of the Iconic Awards 2019 – Innovative Interior at the “Kölnischer Kunstverein” 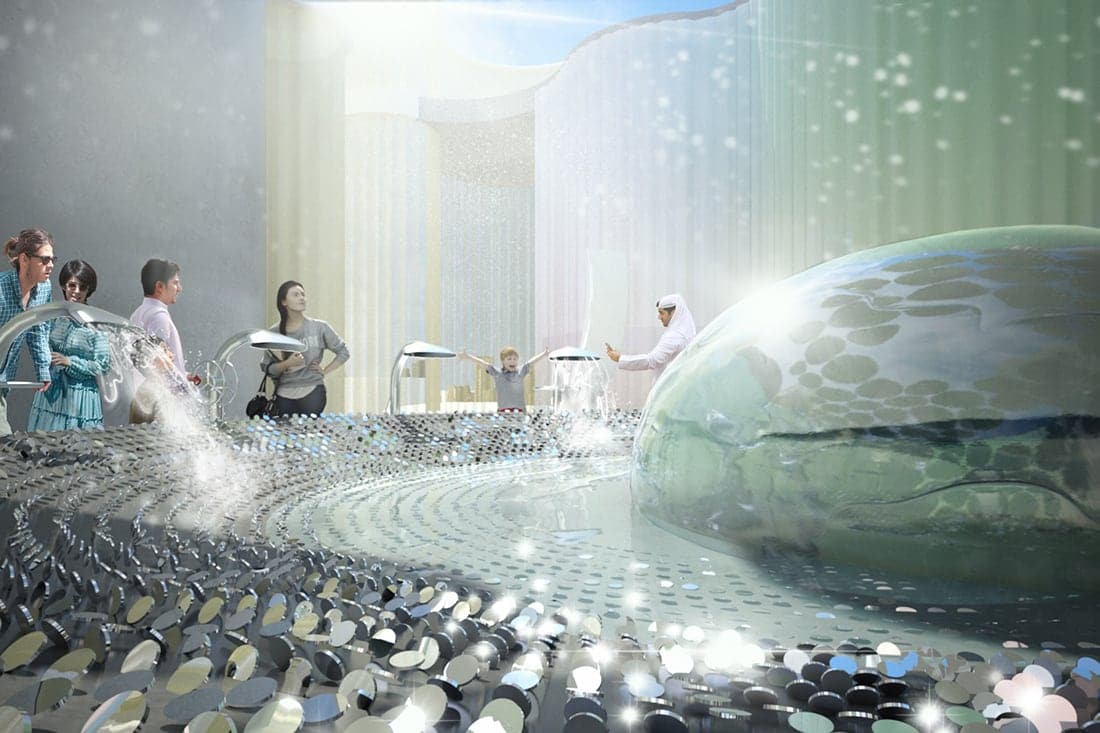 The competition entry of terrain: integral designs/ simple/ Nüssli for the German pavilion at Expo 2020 in Dubai has made it into the shortlist of the last five entrants. “We are open” is the message of the German pavilion. Its architectural language presents Germany as an open platform for innovation – even the textile facade with its transparent construction reflects this idea. Architecture, building technology and exhibition form an overall technical and thematic system. German key technologies and innovations are not only part of the visitor experience, they are also used for the building and the exhibition.

simple Produktion: We are online! 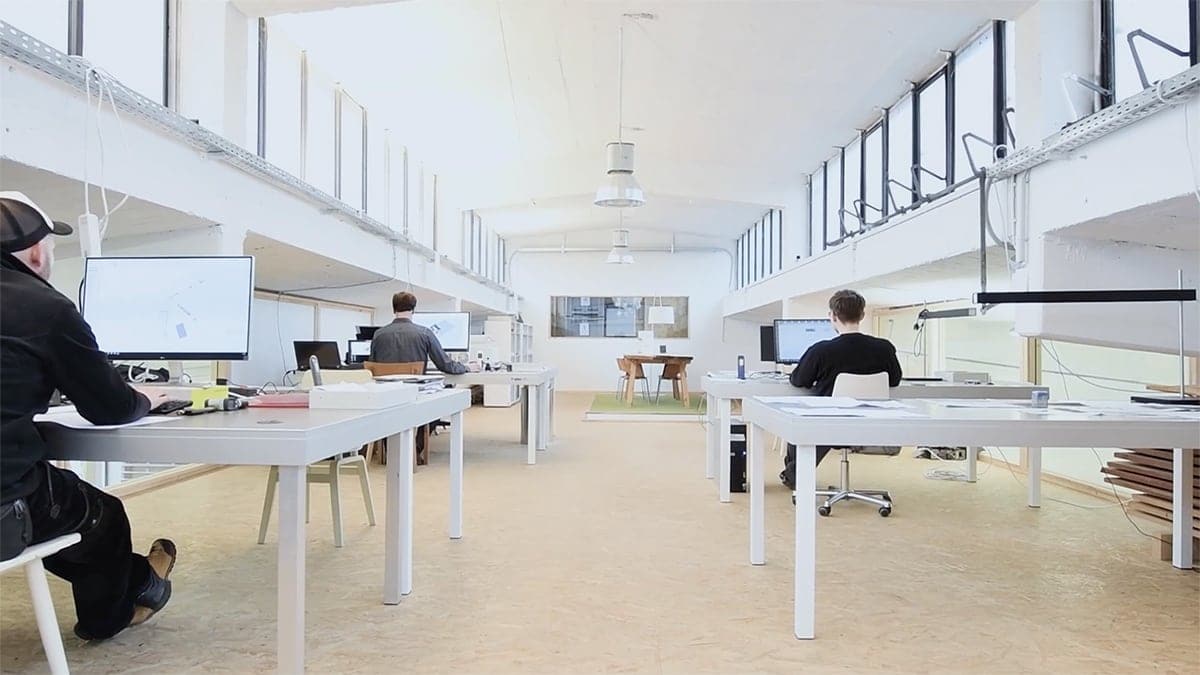 On simple-produktion.de we show our skills.
Benefit from our expertise and experience in planning and realizing complex projects.
Feel free to contact us! 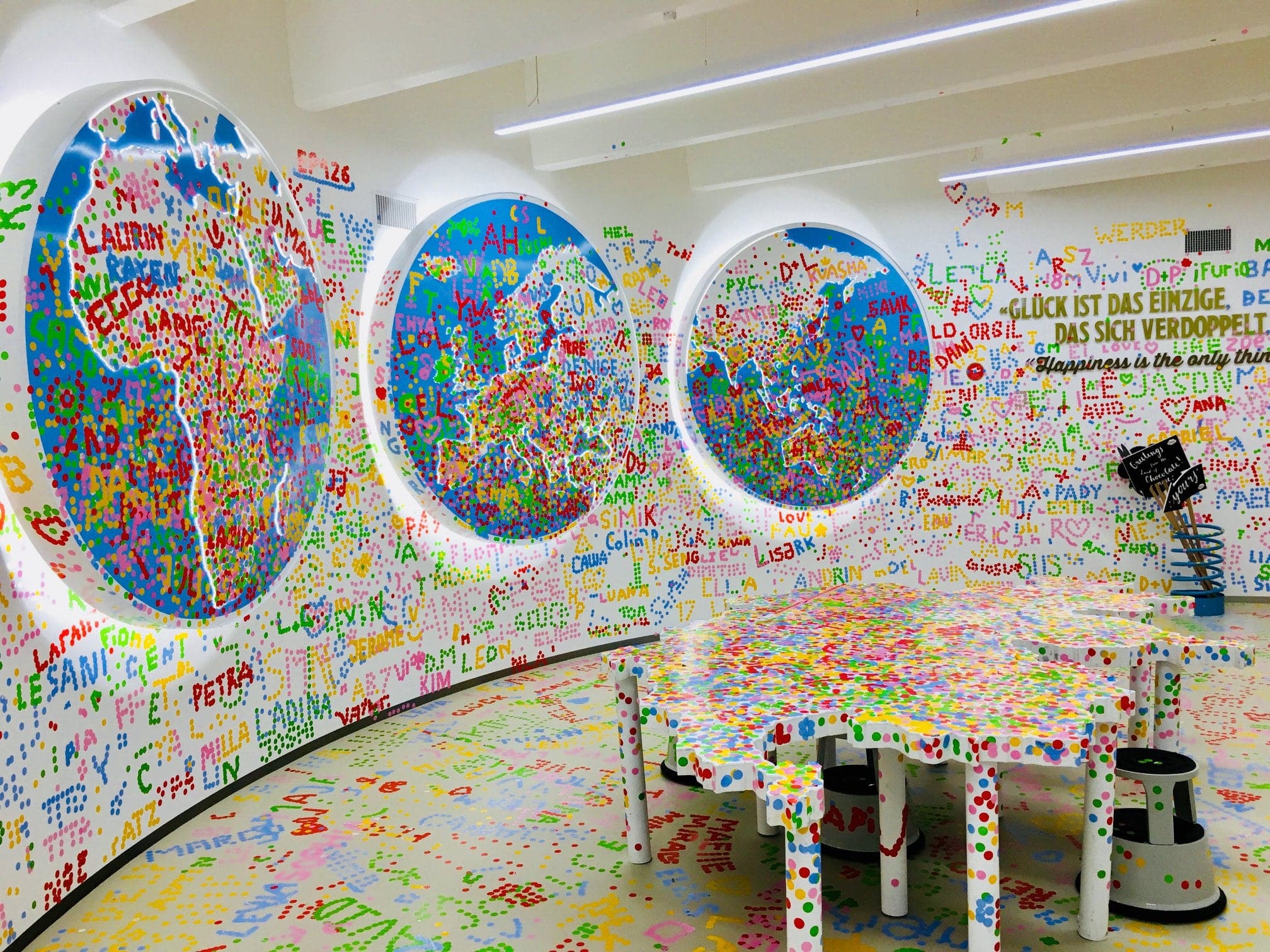 The Chocolarium is celebrating its first anniversary this week. 155,000 visitors have been attracted by the brand experience of Swiss chocolate manufacturer Maestrani. The target of 100,000 visitors in the first year had already been reached after seven months. Together with Maestrani we are working on new features. 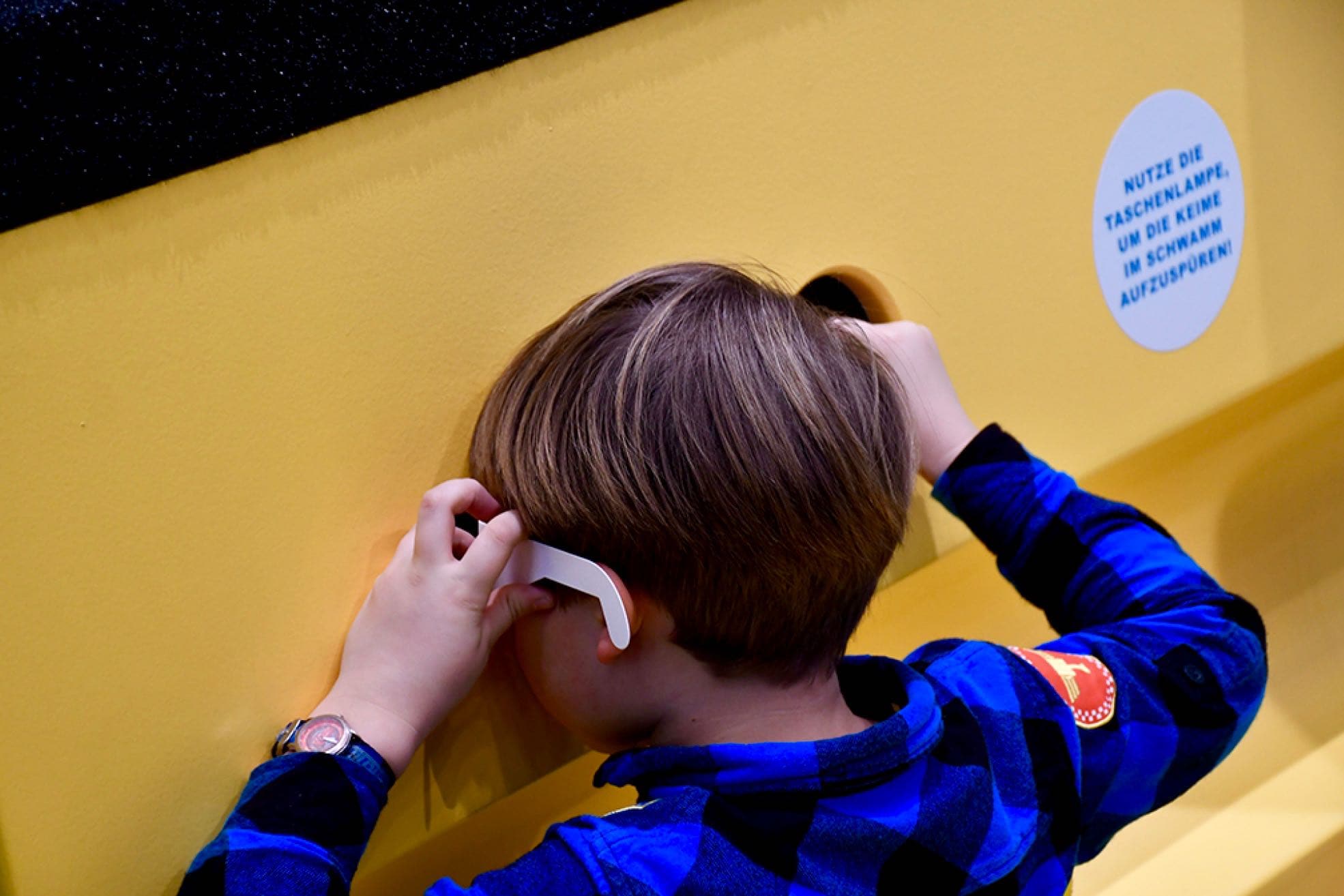 At this year’s International Green Week, together with the Federal Institute for Risk Assessment, simple is taking a close look at kitchen hygiene!

The trade fair visitor becomes a detective. Until 28.01.2018, the giant killer sponge or the germs-agent rally will require instinct and brains.

For the winners of the Iconic Awards 2018, simple is developing an exhibition design with a shiny yellow framework that beams you away.

This evening, the German Design Council will present the awards on the occasion of the imm cologne and the Passagen. The exhibition “Design im Kunstverein” is open until 21 January 2018. 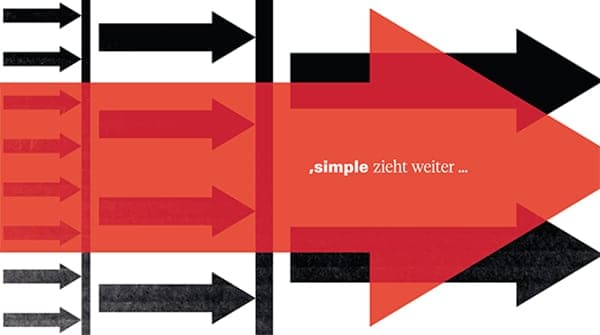 It’s not only our passion for food and cooking that has prompted us to move into the canteen of Cologne’s former Clouth works.
We are motivated more by an urge to do something new, to keep moving, and to change our perspective. And we want to do this now rather than later. With immediate effect! Until further notice!
We look forward to welcoming you all around our table again very soon.

Come in! Come in! 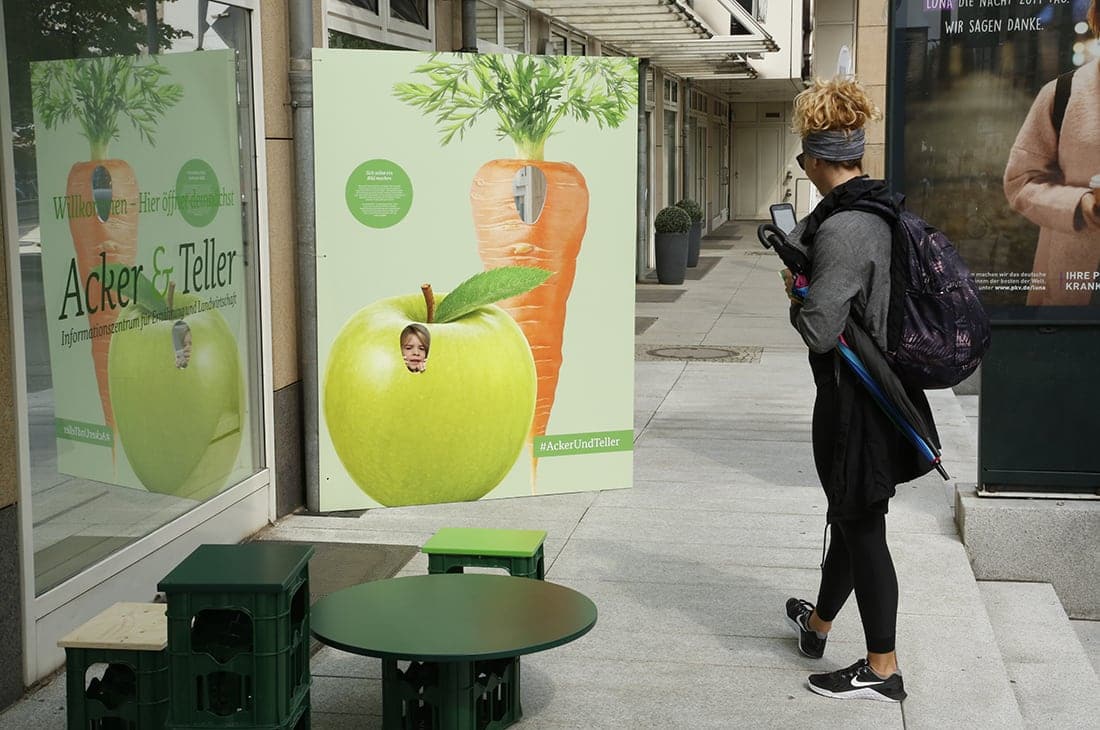 The information centre for food and agriculture “Acker und Teller” (From Farm Gate to Plate) designed by simple and m&p will be opening soon in the heart of Berlin.

Last weekend, visitors were offered an initial taster: On the occasion of the German Federal Government’s Open Day, we created an activities area dedicated to the subject of regional food and healthy nutrition designed to whet appetites and get those grey cells working!

simple designs this year’s stand at the International Green Week for the Federal Institute for Risk Assessment: a big breakfast the safe way! 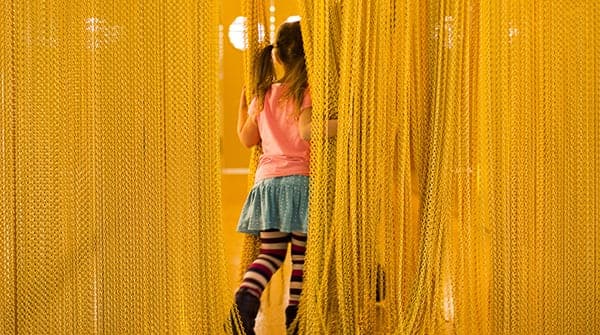 simple has created an unusual and distinctive brand experience for the Swiss chocolate manufacturer Maestrani.

Covering an area of 2000 square metres, the »Chocolate Factory of Happiness« opens on 1 April 2017 in Flawil near St. Gallen. Everything in the exhibition revolves around the question: How does happiness get into chocolate?

iF Award for »The Next
100 Years« exhibits 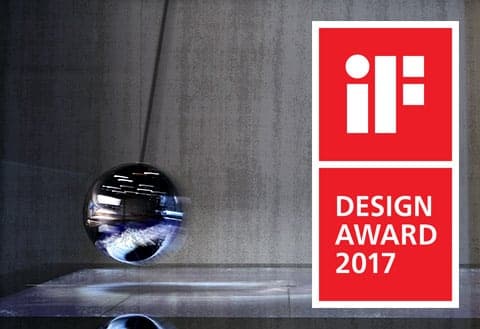 We are delighted to receive an award for the exhibits we developed for »The Next 100 Years« celebrations for the brands MINI, BMW, ROLLS-ROYCE and BMW Motorrad. Appropriately, the award ceremony took place at the BMW Welt in Munich, where we were able to collect the prize in person. 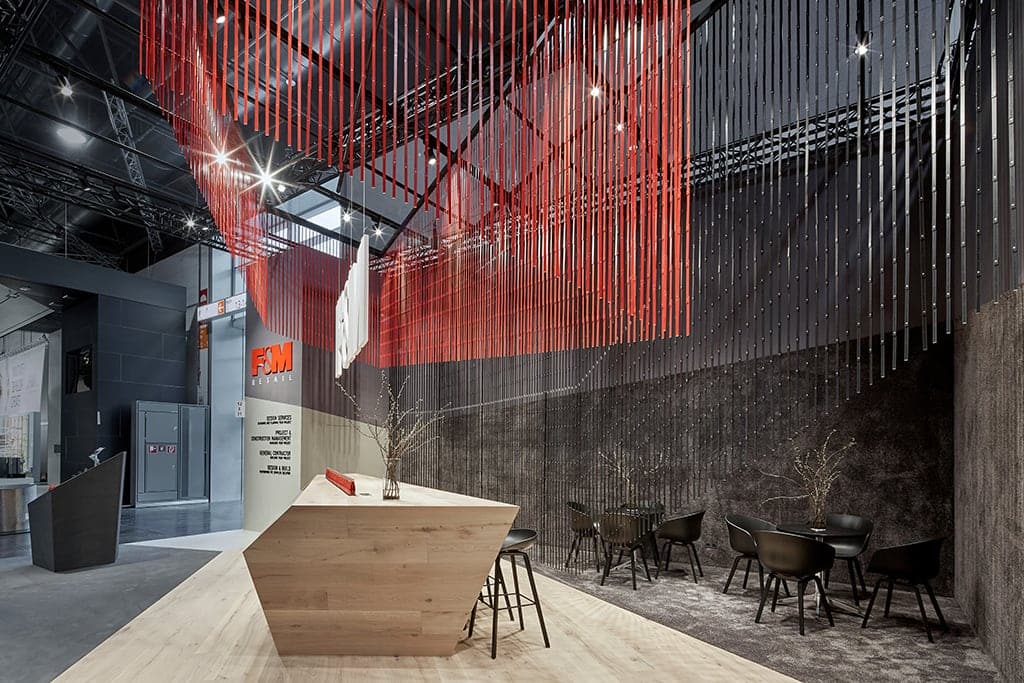 simple develops a new corporate image for F&M Retail – a German-Italian company that plans and implements international retail and interior design projects. The concept premièred at EuroShop 2017 with an trade fair stand also designed by simple.